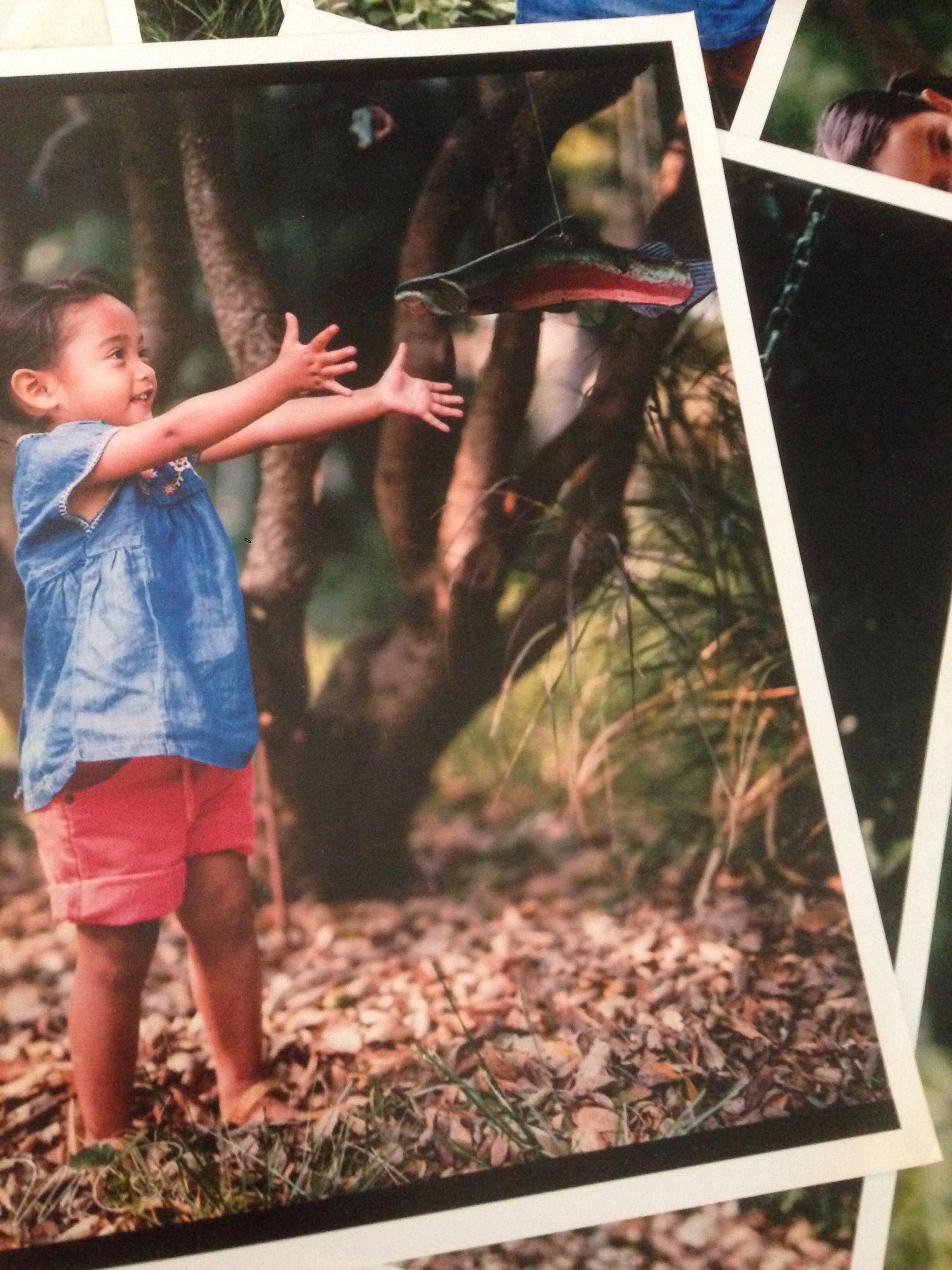 The end of summer 2017 had arrived.  My husband and I were planting in our front yard.  Walking to the shed, to retrieve a bag of bulbs, I came upon one of my neighbors. She was holding the hand of a young child.  The wooden fence that separated her property from mine had an intentional opening to allow for neighborly visits, even though it was through a tangle of vines and shrubs. The previous weekend she asked my permission to schedule a photo shoot.  She wanted pictures of her granddaughter playing in my garden.  That was when I met Vida, a sprightly girl with the unbridled enthusiasm of a two-year-old.  Without hesitation she thrust herself into examining all that she came upon, flowers, rocks, gopher holes, and pill bugs, all of which are typically in great supply in the garden.

I carried the last plants to the front yard, but peeked around the corner of my house as not to miss any of Vida’s antics.   At this hour of the afternoon grasses were backlit.  The child was standing on a fallen tree trunk.  I could see her tan sandaled feet firmly planted, on the bark.  At one point, with hands on her hips and dark brown eyebrows knitted in a stern expression, she appeared to be in dialogue with her grandmother.  I could hear their voices.  The child had come to a halt, and with a scowl on her face she uttered a staccato “no”.  Her grandmother’s voice followed….nudging her along.  “Now smile……stand like this…..jump across to the gravel” she said, gently encouraging the child.

Not quite ready to comply, the little girl stepped down from the tree trunk meandering in her own direction.  By this time I could see two other adults, a woman who I suspected was Vida’s mother, along with a man holding a camera obviously, the photographer.  Without saying a word Vida commanded the adults to follow, as the man captured a skip here, a look of wonder there, a grasping of grasses, with the click, click, click of the shutter.

Vida circled the garden and came back to the fallen tree trunk to pose, as her grandmother had suggested earlier, but she did it in her own time as if marching to her own drummer.  Then she went to the swing set and started to climb up the ladder until she met with cobwebs.  After her mother dusted off the swing and lifted her up, the child was soon swinging high and laughing with delight at the power of her own legs pumping. The group stayed perhaps another thirty minutes before walking home.  While listening to their voices trail off, I watered my newly planted bed.

A week later there came a knock at my front door.  My neighbor brought the finished photographs to show me, each more whimsical than the last.  The photographer caught the light and vivid garden colors, along with the grace of a child….on the swing with head tossed back in unabashed delight……under the old oak tree, toes in the dune sedge, and hands reaching for a ceramic fish spinning in the breeze.  The pictures captured a child’s magical thinking, and made me think of a day many years ago when my daughter, then a young child, found an aged copper star, turned verdigris, nestled in the grass beneath a tree.  At the time she asked me “is this a real shooting star mommy?”

The night I wrote this essay I called my neighbor to ask her a question.  “Linda, what is the meaning of your granddaughter’s name?”

“Oh I’m glad you asked.  Her name means life”.  How fitting I thought, that her photo shoot captures Vida celebrating in a garden… which itself represents life.

Linda visits her daughter and granddaughter often in southern California.  When possible she brings Vida back to Arroyo Grande to experience a little country life on the farm. Fast-forwarding to 2020, Vida will soon begin Kindergarten.  She is visiting her grandmother next door, before school starts.  Just today I heard her singing the theme song from Frozen II.  Her young voice so strong and sure.  I could imagine her, on the other side of the fence, with arms spread wide in her best theatrical flair, belting out that song to the neighborhood singing “Into the Unknown”.  And I smiled to myself….feeling happy to share a few moments listening to Vida and remembering childhood.